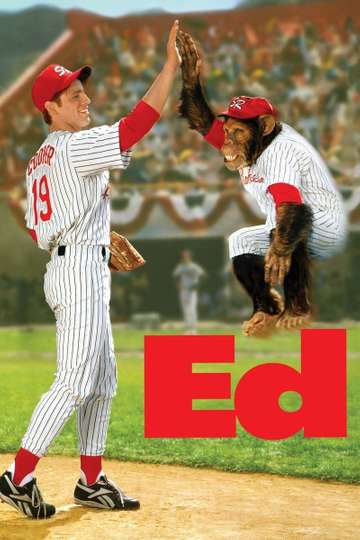 "Minor league. Major friendship."
TMDb Score
42
PG 1 hr 34 minMar 15th, 1996Family, Comedy
Jack Cooper could be a world-class baseball pitcher if he didn't keep buckling under the pressure. He tries to keep his spirits up after he's traded to a minor league team but loses all hope when he discovers that Ed, one of his teammates, is a chimp. Ed used to be the team mascot, but was promoted to third base when the owners realized he had a talent for baseball. As Jack struggles to get used to his new surroundings, Ed helps him regain his confidence on and off the field.
Show More
DirectorBill Couturié
StarringMatt LeBlancGene RossPaul Hewitt
Movie DetailsWhere to WatchFull Cast & CrewNewsBuy DVD

7 Times Joey From 'Friends' Proved That He Just Gets Us

CBS Pulls 'Me, Myself & I' From Schedule, Brings Back 'Man With a Plan' Early

Why Matt LeBlanc Turned Down Playing Phil on 'Modern Family'

Jumper
David Rice is a man who knows no boundaries, a Jumper, born with the u...

Matilda
An extraordinarily intelligent young girl from a cruel and uncaring fa...

Robin Hood: Men in Tights
Robin Hood comes home after fighting in the Crusades to learn that the...

Big Daddy
A lazy law school grad adopts a kid to impress his girlfriend, but eve...

Jingle All the Way
Howard Langston, a salesman for a mattress company, is constantly kept...

Space Jam
Jokes fly as the Tune Squad takes on the Nerdlucks in a hardcourt game...