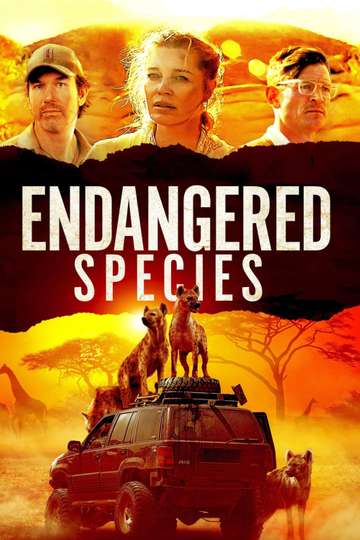 Looking to feast your eyes on 'Endangered Species' on your TV, phone, or tablet? Searching for a streaming service to buy, rent, download, or watch the M.J. Bassett-directed movie via subscription can be a challenge, so we here at Moviefone want to do right by you.

Below, you'll find a number of top-tier streaming and cable services - including rental, purchase, and subscription alternatives - along with the availability of 'Endangered Species' on each platform when they are available. Now, before we get into the various whats and wheres of how you can watch 'Endangered Species' right now, here are some details about the Grindstone Entertainment Group, Blue Sky Films, Hassell Free Production, The Electric Shadow Company action flick.

Released May 28th, 2021, 'Endangered Species' stars Rebecca Romijn, Philip Winchester, Isabel Bassett, Michael Johnston The R movie has a runtime of about 1 hr 41 min, and received a user score of 60 (out of 100) on TMDb, which assembled reviews from 117 experienced users.

You probably already know what the movie's about, but just in case... Here's the plot: "Jack Halsey takes his wife, their adult kids, and a friend for a dream vacation in Kenya. But as they venture off alone into a wilderness park, their safari van is flipped over by an angry rhino, leaving them injured and desperate. Then, as two of them go in search of rescue, a bloody, vicious encounter with a leopard and a clan of hyenas incites a desperate fight for survival."

The Virtuoso
"Every betrayal begins with trust."

Tom Clancy's Without Remorse
"From the author of Rainbow Six."
The Ice Storm
"It was 1973, and the climate was changing."

Xtreme
"Running away is not an option. Revenge is his only plan."

A Quiet Place Part II
"Silence is not enough."
Zero Effect
"The world's most private detective."