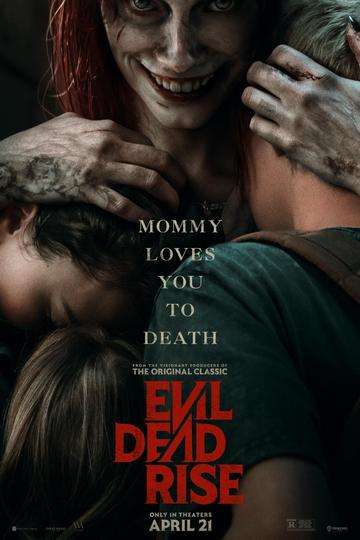 Looking to feast your eyes on 'Evil Dead Rise' in the comfort of your own home? Tracking down a streaming service to buy, rent, download, or watch the Lee Cronin-directed movie via subscription can be a challenge, so we here at Moviefone want to do the work for you.

Read on for a listing of streaming and cable services - including rental, purchase, and subscription options - along with the availability of 'Evil Dead Rise' on each platform when they are available. Now, before we get into the various whats and wheres of how you can watch 'Evil Dead Rise' right now, here are some particulars about the New Line Cinema, Renaissance Pictures, Ghost House Pictures, Pacific Renaissance Pictures, Wild Atlantic Pictures horror flick.

Released April 21st, 2023, 'Evil Dead Rise' stars Lily Sullivan, Alyssa Sutherland, Morgan Davies, Nell Fisher The R movie has a runtime of about 2 hr, and received a user score of (out of 100) on TMDb, which put together reviews from knowledgeable users.

You probably already know what the movie's about, but just in case... Here's the plot: "Two sisters find an ancient book that gives birth to bloodthirsty demons that run amok in a Los Angeles apartment building and thrusts them into a primal battle for survival as they face the most nightmarish version of family imaginable." .

The Deep House
"Breathe while you still can."