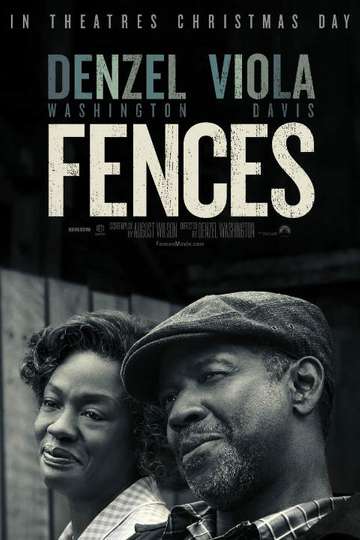 Yearning to watch 'Fences' in the comfort of your own home? Hunting down a streaming service to buy, rent, download, or view the Denzel Washington-directed movie via subscription can be difficult, so we here at Moviefone want to take the pressure off.

Below, you’ll find a number of top-tier streaming and cable services - including rental, purchase, and subscription choices - along with the availability of 'Fences' on each platform. Now, before we get into the nitty-gritty of how you can watch 'Fences' right now, here are some finer points about the Paramount, Scott Rudin Productions, MACRO, Bron Studios, Escape Artists drama flick.

Released December 16th, 2016, 'Fences' stars Denzel Washington, Viola Davis, Stephen Henderson, Jovan Adepo The PG-13 movie has a runtime of about 2 hr 19 min, and received a user score of 68 (out of 100) on TMDb, which put together reviews from 2,006 knowledgeable users.

Curious to know what the movie's about? Here's the plot: "In 1950s Pittsburgh, a frustrated African-American father struggles with the constraints of poverty, racism, and his own inner demons as he tries to raise a family."

Captain Fantastic
A father living in the forests of the Pacific Northwest with his six y...

The Birth of a Nation
Nat Turner, a former slave in America, leads a liberation movement in...

A Monster Calls
A boy imagines a monster that helps him deal with his difficult life a...

Patriots Day
In the aftermath of an unspeakable act of terror, Police Sergeant Tomm...

Loving
The story of Richard and Mildred Loving, an interracial couple, whose...

The Light Between Oceans
A lighthouse keeper and his wife living off the coast of Western Austr...

Lion
A five-year-old Indian boy gets lost on the streets of Calcutta, thous...

Jackie
An account of the days of First Lady, Jacqueline Kennedy, in the immed...