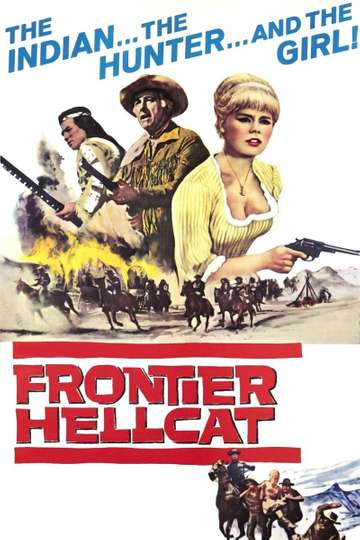 TMDb Score
61
NR 1 hr 38 minAdventure, Western
Frontier Hellcat was the fourth in a series of 1960s European westerns based on Karl May's "Winnetou" character. Stewart Granger takes over from Lex Barker in the leading "Anglo"-role of the mysterious maverick who wanders from town to town doing the "Lone Ranger" bit. The hellcat of the title is Elke Sommer, a tempestuous frontierswoman who reluctantly accepts Granger's help in attaining safe passage through the Rocky Mountains ("played" in this film by the Alps).
Show More
DirectorAlfred Vohrer
StarringStewart GrangerPierre BriceElke Sommer
Full Cast & Crew

Winnetou and the Crossbreed
On her b-day, settler's daughter Apanatschi receives her father's secr...

Yellow Devil
When a villain named "the Shoot" terrorizes the constituents of Albani...

Flaming Frontier
Old Surehand and his faithful old friend Old Wabble are on the trail o...

The Treasure of the Silver Lake
Fred Engel's father is murdered by Colonel Brinkley in order to acquir...

In the Valley of Death
Mabel Kingsley arrives at a western town to clear her missing father o...

Thunder at the Border
Firehand and his Apache friend Winnetou are determined to get justice...

The Desperado Trail
Rollins' gang wants to grab land by inciting the settlers in a war aga...