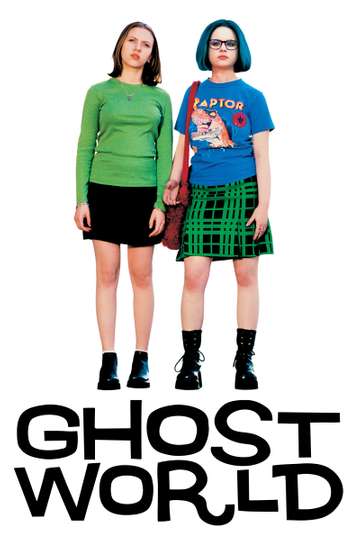 Looking to watch 'Ghost World' on your TV or mobile device at home? Tracking down a streaming service to buy, rent, download, or view the Terry Zwigoff-directed movie via subscription can be tricky, so we here at Moviefone want to do the heavy lifting.

Read on for a listing of streaming and cable services - including rental, purchase, and subscription choices - along with the availability of 'Ghost World' on each platform when they are available. Now, before we get into the nitty-gritty of how you can watch 'Ghost World' right now, here are some details about the United Artists, Jersey Films, Granada Productions, Capitol Films, Mr. Mudd Production, Advanced Medien drama flick.

What, so now you want to know what the movie's about? Here's the plot: "Two quirky, cynical teenaged girls try to figure out what to do with their lives after high school graduation. After they play a prank on an eccentric, middle aged record collector, one of them befriends him, which causes a rift in the girls' friendship."

Almost Famous
"Experience it. Enjoy it. Just don't fall for it."

High Fidelity
"A comedy about fear of commitment, hating your job, falling in love and other pop favorites."
Submarine
"A comedy that doesn't let principles stand in the way of progress."
The Virgin Suicides
"Beautiful, mysterious, haunting, invariably fatal. Just like life."
Bottle Rocket
"They’re not really criminals, but everyone’s got to have a dream."

The Royal Tenenbaums
"Family Isn't A Word ... It's A Sentence."

Lost in Translation
"Everyone wants to be found."
Punch-Drunk Love
"You can go to places in the world with pudding."

The Life Aquatic with Steve Zissou
"The deeper you go, the weirder life gets."
Dazed and Confused
"See it with a bud."
Welcome to the Dollhouse
"Not all girls want to play with dolls."
Bully
"It's 4 a.m... do you know where your kids are?"
Being John Malkovich
"Ever wanted to be someone else? Now you can."
Election
"Reading. Writing. Revenge."
Lilya 4-ever
Rushmore
"Love. Expulsion. Revolution."