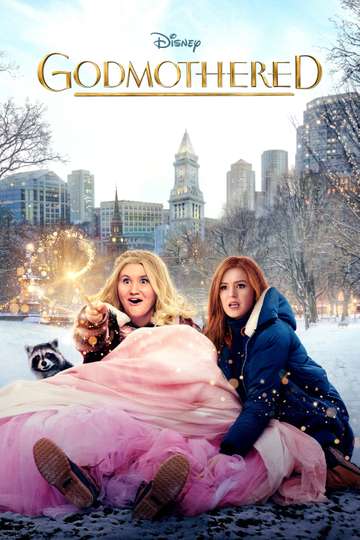 Fancy watching 'Godmothered' on your TV, phone, or tablet? Finding a streaming service to buy, rent, download, or view the Sharon Maguire-directed movie via subscription can be difficult, so we here at Moviefone want to do the work for you.

Read on for a listing of streaming and cable services - including rental, purchase, and subscription choices - along with the availability of 'Godmothered' on each platform. Now, before we get into the nitty-gritty of how you can watch 'Godmothered' right now, here are some particulars about the Walt Disney Pictures, The Montecito Picture Company, Studio AKA comedy flick.

Released December 4th, 2020, 'Godmothered' stars Jillian Bell, Isla Fisher, Santiago Cabrera, Mary Elizabeth Ellis The PG movie has a runtime of about 1 hr 53 min, and received a user score of 70 (out of 100) on TMDb, which put together reviews from 398 well-known users.

What, so now you want to know what the movie’s about? Here's the plot: "A young and unskilled fairy godmother that ventures out on her own to prove her worth by tracking down a young girl whose request for help was ignored. What she discovers is that the girl has now become a grown woman in need of something very different than a "prince charming.""

'Godmothered' is currently available to rent, purchase, or stream via subscription on Disney Plus .

The Christmas Chronicles
Siblings Kate and Teddy try to prove Santa Claus is real, but when the...

Dolly Parton's Christmas on the Square
A rich and nasty woman returns to her hometown to evict everyone but d...

A California Christmas
With his carefree lifestyle on the line, a wealthy charmer poses as a...

Mulan
When the Emperor of China issues a decree that one man per family must...

Noelle
Kris Kringle's daughter, Noelle, sets off on a mission to find and bri...

Black Beauty
Born free in the American West, Black Beauty is a horse rounded up and...

Isla Fisher Is Not Amy Adams, But Someone Still Needs to Tell Lady Gaga