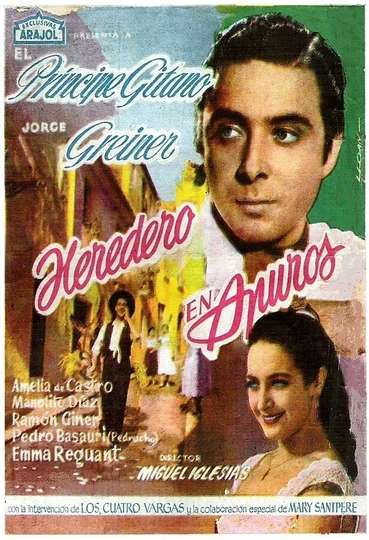 NR 1 hr 25 minComedy
Paco, a Sevillian living in Paris who works as a music hall singer, receives news of the death of his uncle named him heir to his fortune. The only condition imposed is to pass a test that is to fight in one of the main squares in Spain. If the attempt fails, the estate would pass to her sister full. From here, Paco will have to wake up if he want to show their courage and take part in a bullfight.
Show More
DirectorMiguel Iglesias
StarringPedro Basauri 'Pedrucho'Enrique Vargas 'El Príncipe Gitano'Jorge Greiner
Full Cast & Crew