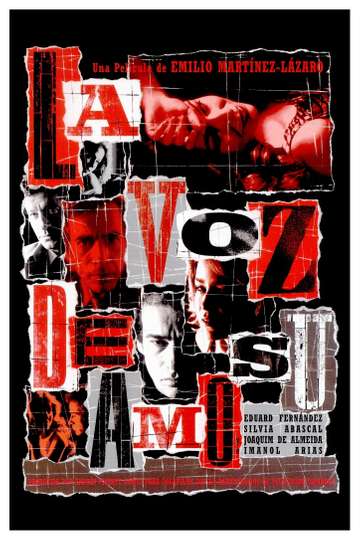 His Master's VoiceStream and Watch Online

Fancy watching 'His Master's Voice' on your TV or mobile device at home? Hunting down a streaming service to buy, rent, download, or view the Emilio MartÃ­nez LÃ¡zaro-directed movie via subscription can be a challenge, so we here at Moviefone want to do the work for you.

Read on for a listing of streaming and cable services - including rental, purchase, and subscription alternatives - along with the availability of 'His Master's Voice' on each platform. Now, before we get into the various whats and wheres of how you can watch 'His Master's Voice' right now, here are some details about the Lolafilms, TVE, VÃ­a Digital thriller flick.

Released , 'His Master's Voice' stars Eduard FernÃ¡ndez, Silvia Abascal, Joaquim de Almeida, Imanol Arias The movie has a runtime of about 1 hr 45 min, and received a user score of 59 (out of 100) on TMDb, which compiled reviews from 8 well-known users.

Curious to know what the movie's about? Here's the plot: "Basque Country, Spain, 1980s. In Bilbao, a gray city dominated by political corruption and nationalist terrorism, Charli works as a chauffeur for Oliveira, a businessman engaged in shady deals. Alarmed by a series of threats and attacks, Oliveira decides to entrust Charli with the protection of his daughter Marta."

'His Master's Voice' is currently available to rent, purchase, or stream via subscription on Amazon Video, Google Play Movies, and YouTube .