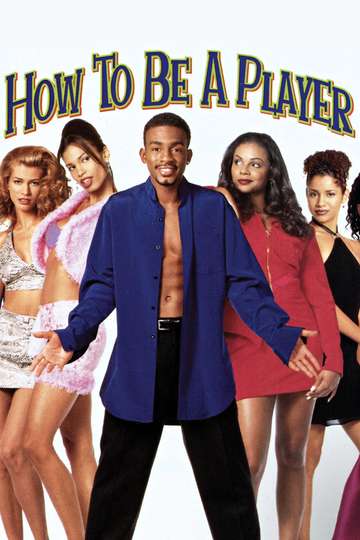 How to Be a Player (1997)Stream and Watch Online

Looking to watch 'How to Be a Player' on your TV, phone, or tablet? Tracking down a streaming service to buy, rent, download, or watch the Lionel C. Martin-directed movie via subscription can be a challenge, so we here at Moviefone want to take the pressure off.

Read on for a listing of streaming and cable services - including rental, purchase, and subscription alternatives - along with the availability of 'How to Be a Player' on each platform. Now, before we get into the nitty-gritty of how you can watch 'How to Be a Player' right now, here are some finer points about the Def Pictures, Island Pictures comedy flick.

Released August 6th, 1997, 'How to Be a Player' stars Bill Bellamy, Lark Voorhies, Amber Smith, Natashia Williams The R movie has a runtime of about 1 hr 33 min, and received a user score of 56 (out of 100) on TMDb, which assembled reviews from 32 respected users.

Interested in knowing what the movie's about? Here's the plot: "Dray is a young playboy whose only objective in life seems to be to have sex with as many girls as he can without getting caught by his girlfriend Lisa. Dray's sister Jenny and her friend Katrina plan to show him that the way he lives is wrong and organize a party in Malibu, inviting all of his girlfriends."

'How to Be a Player' is currently available to rent, purchase, or stream via subscription on DIRECTV, Spectrum On Demand, Cinemax Amazon Channel, and Max Go .

How High
Multi-platinum rap superstars Redman and Method Man star as Jamal and...

3 Strikes
Brian Hooks plays a character who is just released from jail. And the...