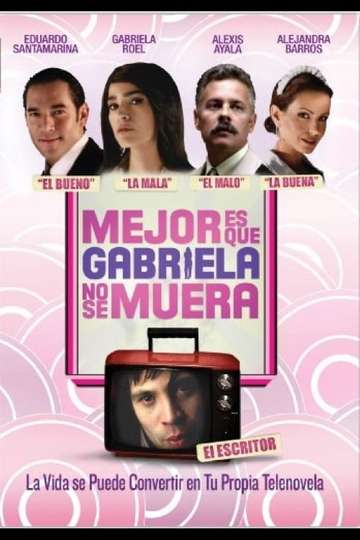 It's Better If Gabriela Doesn't Die

"Life can turn into your own soap opera."
TMDb Score
63
NR 1 hr 39 minComedy
Miguel is a prominent writer of soaps that gets rid of a policeman who stops him for driving intoxicated by telling him the end of the current remake of the hit soap opera "Destiny of Love". This time, as Michael tells the police officer, Gabriela won't die and will get married. When the officer tells everyone that he knows the end of the melodrama nobody believes him, so he will watch Miguel in order to ensure he fulfills his promise. The actress who plays Gabriela has problems with the production department, so they ask the writers to kill Gabriela in the following chapters. Miguel will be in a series of entanglements while he decides whether it is better to ignore or evade his bosses or the harassment of this crazy fanatic police officer.
Show More
DirectorSergio Umansky
StarringMauricio IsaacDagoberto GamaGabriela Roel
Movie DetailsFull Cast & Crew