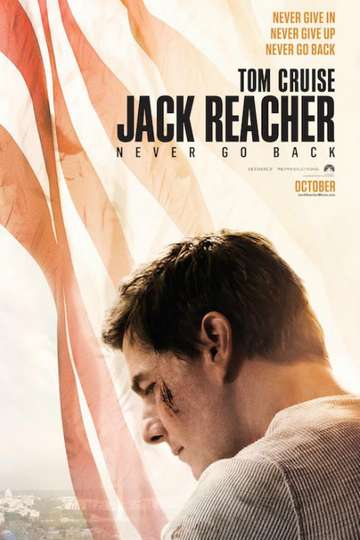 Fancy watching 'Jack Reacher: Never Go Back' in the comfort of your own home? Hunting down a streaming service to buy, rent, download, or watch the Edward Zwick-directed movie via subscription can be challenging, so we here at Moviefone want to do the heavy lifting.

Below, you'll find a number of top-tier streaming and cable services - including rental, purchase, and subscription options - along with the availability of 'Jack Reacher: Never Go Back' on each platform when they are available. Now, before we get into the various whats and wheres of how you can watch 'Jack Reacher: Never Go Back' right now, here are some details about the Paramount, Shanghai Film Group, TC Productions, Skydance Media, Huahua Media action flick.

Interested in knowing what the movie's about? Here's the plot: "When Major Susan Turner is arrested for treason, ex-investigator Jack Reacher undertakes the challenging task to prove her innocence and ends up exposing a shocking conspiracy."

Mechanic: Resurrection
"Four continents. Three kills... Or the love of his life is dead."

The Accountant
"Calculate your choices."

London Has Fallen
"The world's leaders have assembled. So have their enemies."

Jason Bourne
"You know his name"

Keeping Up with the Joneses
"They lived a normal life... Until the Joneses moved in."

Deepwater Horizon
"When faced with our darkest hour, hope is not a tactic"
The Great Wall
"1700 years to build. 5500 miles long. What were they trying to keep out?"

Jack Reacher
"The Law Has Limits. He Does Not."

Assassin's Creed
"Your destiny is in your blood."
Knight and Day
"Every Hit Man Deserves a Second Shot!"

Independence Day: Resurgence
"We had twenty years to prepare. So did they."

The Mummy
"Welcome To A New World of Gods And Monsters"

The Magnificent Seven
"Justice has a number."