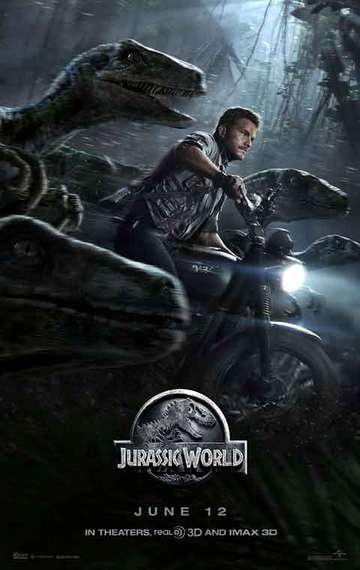 Fancy watching 'Jurassic World' on your TV or mobile device at home? Discovering a streaming service to buy, rent, download, or watch the Colin Trevorrow-directed movie via subscription can be a huge pain, so we here at Moviefone want to do the work for you.

We've listed a number of streaming and cable services - including rental, purchase, and subscription options - along with the availability of 'Jurassic World' on each platform when they are available. Now, before we get into the nitty-gritty of how you can watch 'Jurassic World' right now, here are some finer points about the Amblin Entertainment, Universal Pictures adventure flick.

Released June 12th, 2015, 'Jurassic World' stars Chris Pratt, Bryce Dallas Howard, Ty Simpkins, Nick Robinson The PG-13 movie has a runtime of about 2 hr 4 min, and received a user score of 67 (out of 100) on TMDb, which put together reviews from 18,071 respected users.

Interested in knowing what the movie's about? Here's the plot: "Twenty-two years after the events of Jurassic Park, Isla Nublar now features a fully functioning dinosaur theme park, Jurassic World, as originally envisioned by John Hammond."

The Hobbit: The Battle of the Five Armies

Guardians of the Galaxy

X-Men: Days of Future Past