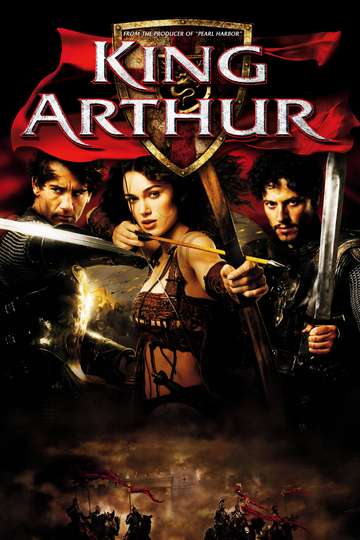 Looking to watch 'King Arthur' on your TV, phone, or tablet? Discovering a streaming service to buy, rent, download, or view the Antoine Fuqua-directed movie via subscription can be difficult, so we here at Moviefone want to do the heavy lifting.

We've listed a number of streaming and cable services - including rental, purchase, and subscription alternatives - along with the availability of 'King Arthur' on each platform. Now, before we get into the nitty-gritty of how you can watch 'King Arthur' right now, here are some details about the Jerry Bruckheimer Films, World 2000 Entertainment, Touchstone Pictures, Green Hills Productions action flick.

Released June 28th, 2004, 'King Arthur' stars Clive Owen, Ioan Gruffudd, Keira Knightley, Mads Mikkelsen The PG-13 movie has a runtime of about 2 hr 6 min, and received a user score of 62 (out of 100) on TMDb, which assembled reviews from 2,070 knowledgeable users.

You probably already know what the movie's about, but just in case... Here's the plot: "The story of the Arthurian legend, based on the 'Sarmatian hypothesis' which contends that the legend has a historical nucleus in the Sarmatian heavy cavalry troops stationed in Britain, and that the Roman-British military commander, Lucius Artorius Castus is the historical person behind the legend."

A Knight's Tale
William Thather, a knight's peasant apprentice, gets a chance at glory...

Kingdom of Heaven
After his wife dies, a blacksmith named Balian is thrust into royalty,...

The Eagle
In 140 AD, twenty years after the unexplained disappearance of the ent...

The Brothers Grimm
Folklore collectors and con artists, Jake and Will Grimm, travel from...

Robin Hood
When soldier Robin happens upon the dying Robert of Loxley, he promise...

Enemy at the Gates
A Russian and a German sniper play a game of cat-and-mouse during the...