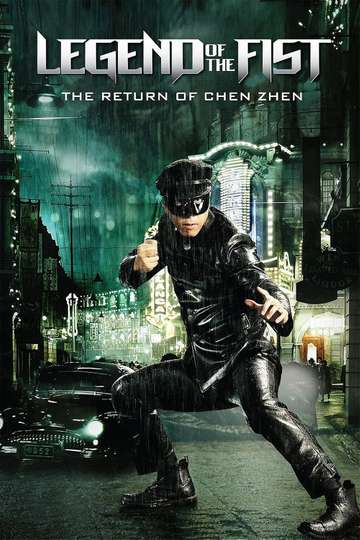 TMDb Score
66
R 1 hr 45 minApr 22nd, 2011Action, Drama, History, Thriller
Seven years after the apparent death of Chen Zhen, who was shot after discovering who was responsible for his teacher's death (Huo Yuanjia) in Japanese-occupied Shanghai. A mysterious stranger arrives from overseas and befriends a local mafia boss. That man is a disguised Chen Zhen, who intends to infiltrate the mob when they form an alliance with the Japanese. Disguising himself as a caped fighter by night, Chen intends to take out everyone involved as well as get his hands on an assassination list prepared by the Japanese.
Show More
DirectorAndrew Lau
StarringDonnie YenShu QiHuang Bo
Movie DetailsWhere to WatchFull Cast & CrewNews

After Going 'Rogue,' Donnie Yen Is Ready for His 'Cage' Match

5 Things You Need to Know Before You See 'Rogue One'

'Rogue One: A Star Wars Story': 8 Things We Know About the Characters

Movies Like Legend of the Fist: The Return of Chen Zhen

New Police Story
Sent into a drunken tailspin when his entire unit is killed by a gang...

SPL: Kill Zone
Chan, an articulate senior detective nearing the end of his career, is...

Initial D
After winning his first competition, Takumi focuses his attention on d...

14 Blades
Trained in clandestine combat from childhood, the Jinyiwei were master...

War
FBI agent Jack Crawford is out for revenge when his partner is killed...

Ip Man 2
Having defeated the best fighters of the Imperial Japanese army in occ...

The Protector
In Bangkok, the young Kham was raised by his father in the jungle with...