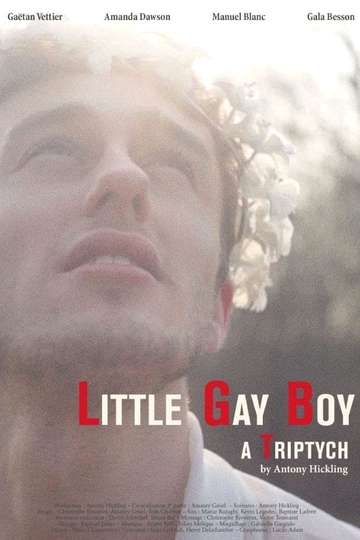 "A Triptych"
TMDb Score
45
NR 1 hr 12 minFantasy, Drama
A young gay boy, from his birth to his teenage years, in which he experiments his sexuality and his own boundaries, to the day he finally meets his father. In three acts: Act I — L'Annonciation or The Conception of a Little Gay Boy (2011); Act II — Little Gay Boy, ChrisT is Dead (2012); and Act III — Holy Thursday (The Last Supper) (2013).
Show More
DirectorAntony Hickling
StarringManuel BlancGaÃ«tan VettierAmanda Dawson
Full Cast & Crew