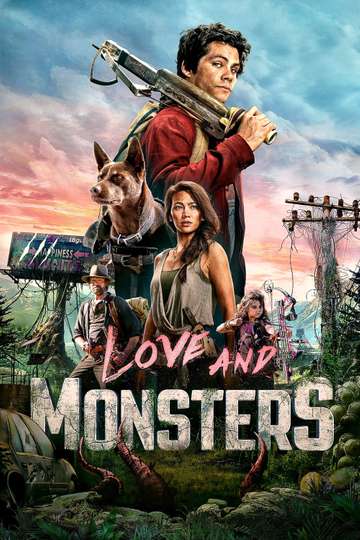 Fancy watching 'Love and Monsters' in the comfort of your own home? Searching for a streaming service to buy, rent, download, or watch the Michael Matthews-directed movie via subscription can be difficult, so we here at Moviefone want to do the heavy lifting.

Below, you'll find a number of top-tier streaming and cable services - including rental, purchase, and subscription options - along with the availability of 'Love and Monsters' on each platform when they are available. Now, before we get into all the details of how you can watch 'Love and Monsters' right now, here are some finer points about the 21 Laps Entertainment action flick.

Released October 16th, 2020, 'Love and Monsters' stars Dylan O'Brien, Jessica Henwick, Michael Rooker, Dan Ewing The PG-13 movie has a runtime of about 1 hr 49 min, and received a user score of 74 (out of 100) on TMDb, which assembled reviews from 3,090 knowledgeable users.

What, so now you want to know what the movie's about? Here's the plot: "Seven years since the Monsterpocalypse began, Joel Dawson has been living underground in order to survive. But after reconnecting over radio with his high school girlfriend Aimee, Joel decides to venture out to reunite with her, despite all the dangerous monsters that stand in his way."

Penguins
"For Steve, his adventure isn't all black and white."

The New Mutants
"It's time to face your demons."
Mr. Saturday Night
"It's lonely at the middle."

Mortal Kombat
"Get over here."
The Matrix Reloaded: Pre-Load

Godzilla vs. Kong
"One Will Fall"
Promare
"The world ablaze."

Caught by a Wave

The Mitchells vs. the Machines
"Saving the world can be a trip."
Isi/Disi - Amor a lo bestia

Resort to Love
"Paradise is about to get complicated."
Dave Chappelle: What's in a Name?