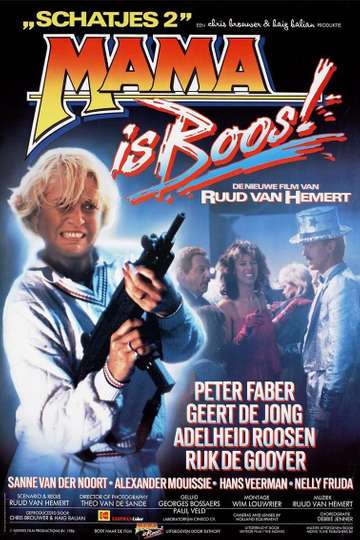 TMDb Score
47
NR 1 hr 50 minComedy
After Gisberts couple at the end of the film Schatjes! with their car in a large hole in the highway driving, which is then surfaced, the film begins with the father's wake, which appears to have dreamed all this. Although the children are sent to shelters, is the tense relationship between John and Danny. This will culminate in their 20-year wedding anniversary. Danny throw John out of the house, because John had a mistress for years. John then pulls on the military base where he works. But not for long. Soon John gets an affair with his mistress Jane. Until Danny's rage, now is really out for revenge. The marital strife comes to a climax on the scale NATO show where Danny enters with an Uzi and shoot wildly around him, while John high from the ceiling in a rocket. The title song 'Do not Try To Change Me "is sung by Sue Chaloner.
Show More
DirectorRuud van Hemert
StarringGeert De JongSanne van der NoortAlexander Mouissie
Full Cast & Crew