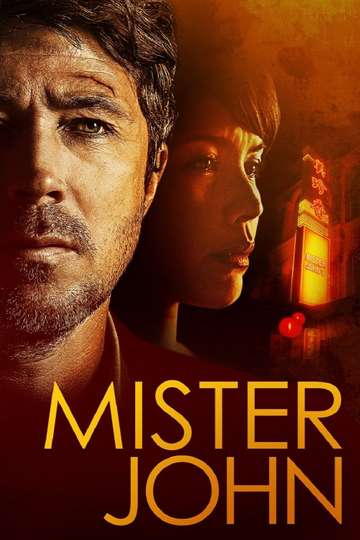 Want to behold the glory that is 'Mister John' on your TV, phone, or tablet? Finding a streaming service to buy, rent, download, or watch the Joe Lawlor-directed movie via subscription can be a challenge, so we here at Moviefone want to do the work for you.

Read on for a listing of streaming and cable services - including rental, purchase, and subscription options - along with the availability of 'Mister John' on each platform when they are available. Now, before we get into the nitty-gritty of how you can watch 'Mister John' right now, here are some finer points about the drama flick.

Released October 12th, 2013, 'Mister John' stars Aidan Gillen, Zoe Tay, Michael Thomas, Claire Keelan The movie has a runtime of about 1 hr 35 min, and received a user score of 53 (out of 100) on TMDb, which collated reviews from 6 respected users.

You probably already know what the movie's about, but just in case... Here's the plot: "After discovering his wife's infidelities, Gerry leaves London to look after his deceased brother's business and family in Singapore. Discovering a foreign world of opportunity that had not existed before gives Gerry a chance at starting over by slipping into his brother's life - both emotionally and physically. However, leaving his wife and child behind in the UK is not so easy as Gerry must choose between becoming his brother's alter ego 'Mister John' or returning to London to face his failing relationship."

'Mister John' is currently available to rent, purchase, or stream via subscription on Tubi TV, .

Demonic
"It's not a dream, it's not reality."

Palmer
"Family is who you make it."

The Silent Twins
"Imagination will set you free."