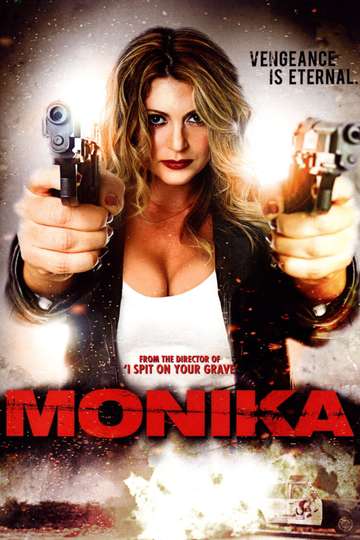 Want to behold the glory that is 'MoniKa' on your TV, phone, or tablet? Tracking down a streaming service to buy, rent, download, or watch the Steven R. Monroe-directed movie via subscription can be a huge pain, so we here at Moviefone want to help you out.

Read on for a listing of streaming and cable services - including rental, purchase, and subscription alternatives - along with the availability of 'MoniKa' on each platform. Now, before we get into the various whats and wheres of how you can watch 'MoniKa' right now, here are some details about the drama flick.

Released December 14th, 2012, 'MoniKa' stars Cerina Vincent, Jason Wiles, Jeff Branson, C. Thomas Howell The movie has a runtime of about , and received a user score of 66 (out of 100) on TMDb, which put together reviews from 17 knowledgeable users.

What, so now you want to know what the movie’s about? Here's the plot: "The film is a violent, edgy ride focusing on down and out Reagan Tyler, a man who is troubled by visions and premonitions that ultimately lead him to old school Las Vegas. It's there that Reagan meets the beautiful and mysterious Monika, a young woman who turns out to have been killed the night before he even met her. Reagan is then forced to put the puzzle together of what happened, how she is still present, and help Monika with her revenge on the killers of her younger sister."

'MoniKa' is currently available to rent, purchase, or stream via subscription on Apple iTunes, Vudu, Google Play Movies, and YouTube .

Sasquatch Mountain
A lonely tow-truck driver gets caught in a deadly struggle between a p...

Intermedio
Under the border leading into Mexico, within a labyrinth of caves, a d...

Lila & Eve
Lila, a grief-stricken mother reeling from her son’s murder, attends a...

J. Lo: Let's Get Real
Her talents go from acting, to fashion, dancing and singing. With a ne...

Complacent
Two close sisters, Myah and Beth, struggle with their differences in l...

Jennifer Lopez: Feelin' So Good
This DVD includes the following perfomances: If You Had My Love (1999...

Everybody Wants to Be Italian
Are all relationships based on lies? Jake Bianski runs a fish market i...