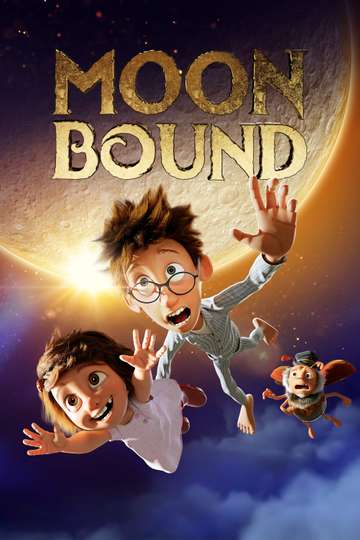 Looking to feast your eyes on 'Moonbound' on your TV or mobile device at home? Finding a streaming service to buy, rent, download, or watch the Ali Samadi Ahadi-directed movie via subscription can be tricky, so we here at Moviefone want to do right by you.

We've listed a number of streaming and cable services - including rental, purchase, and subscription options - along with the availability of 'Moonbound' on each platform when they are available. Now, before we get into all the details of how you can watch 'Moonbound' right now, here are some specifics about the Coop 99 Filmproduktion, brave new work Filmproduktions, Little Dream Entertainment family flick.

Released , 'Moonbound' stars Dirk Petrick, Roxana Samadi, Peter Simonischek, Tom Vogt The movie has a runtime of about 1 hr 21 min, and received a user score of 59 (out of 100) on TMDb, which put together reviews from 24 top users.

Interested in knowing what the movie's about? Here's the plot: "When Peter sets out on a magical journey to rescue his little sister Anne, he needs to travel to mysterious territory: the Moon! Anne was kidnapped by the evil Moon Man when she tried to help the beetle Mr. Zoomzeman in search for his wife. On his fantastic adventure, Peter lands on the Star Meadow where he meets the sleepy Mr. Sandman. He knows, only at the Night Fairy’s dinner in the castle in the clouds, they can find out where Anne is – but there aren’t enough seats for everyone. So they join the wild race along the Milky Way against the five Spirits of Nature: Storm Giant, Lightning Witch, Henry Hail, Rainy Robin and Mother Frost…"

Demon Eye
John Wayne - America at All Costs
Amy Winehouse: The Price of Fame
Eric Clapton: Standing at the Crossroads
The Mad Room
"Forgive Them... Forgive Them... Forget Them..."
5 Submarines Against the Nazis
The Sacred Triangle: Bowie, Iggy & Lou 1971-1973
Chickenhare and the Hamster of Darkness
Fear
"They won't stay dead."
Volcanic UFO Mysteries
Fireheart
"Every dream starts with a spark."
Sting: A Free Man
El último zombi
The Last 24 Hours: Elvis Presley
Silence Patton
Crash and Byrnes
"Terrorism doesn't stand a chance… if they don't kill each other first."
The Flesh and Blood Show
"An Appalling Amalgam of Carnage and Carnality"
The Last 24 Hours: Jimi Hendrix
Unhuman
Conny Plank: The Potential of Noise