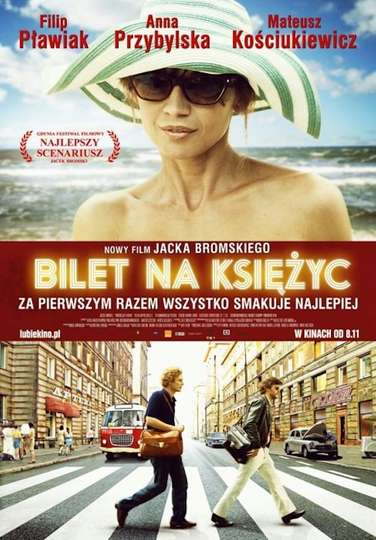 One Way Ticket to the Moon

TMDb Score
66
NR 2 hr 6 minDrama
The story of youth, friendship and love in a time when man took his first steps on the moon, the streets became saturator, transistors pulsed rock'n'roll, and the fondest dream of every fan of the domestic automotive industry was the Fiat 125p. Film trip to the sixties, colorful era "flower children", hippies and bigbitu. Year 1969. Fascinating in aviation Adam is called to the army. However, much to his own chagrin, she gets an assignment to serve in the ... Navy. In Antek, older brother, embark on the sea. During several days of traveling through Poland to visit old friends and make new friends. Antek - incorrigible womanizer and the king of nightclubs - wants to prepare a shy brother to life. However, the meeting with a beautiful and mysterious woman calls a lot of complications in the life of Adam, initiating a series of surprising events.
Show More
DirectorJacek Bromski
StarringFilip PławiakMateusz KościukiewiczAnna Przybylska
Movie DetailsFull Cast & Crew