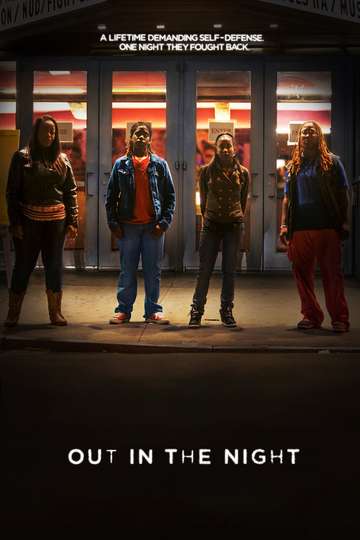 Out in the Night (2014)Stream and Watch Online

Want to watch 'Out in the Night' on your TV or mobile device at home? Discovering a streaming service to buy, rent, download, or watch the Blair Doroshwalther-directed movie via subscription can be a huge pain, so we here at Moviefone want to help you out.

Below, you’ll find a number of top-tier streaming and cable services - including rental, purchase, and subscription choices - along with the availability of 'Out in the Night' on each platform. Now, before we get into the nitty-gritty of how you can watch 'Out in the Night' right now, here are some details about the Corporation for Public Broadcasting, ITVS, Sundance Institute, Fork Films documentary flick.

Released June 12th, 2014, 'Out in the Night' stars T.J. Hill, Alexis Agathocleous, Ricky Hill, Renata Hill The movie has a runtime of about 1 hr 15 min, and received a user score of 45 (out of 100) on TMDb, which put together reviews from 8 well-known users.

What, so now you want to know what the movie’s about? Here's the plot: "Under the neon lights in a gay-friendly neighborhood of New York City, four young African-American lesbians are violently and sexually threatened by a man on the street. They defend themselves against him and are charged and convicted in the courts and in the media as a 'Gang of Killer Lesbians'."

'Out in the Night' is currently available to rent, purchase, or stream via subscription on Amazon Video, Apple iTunes, Vudu, Google Play Movies, and YouTube .