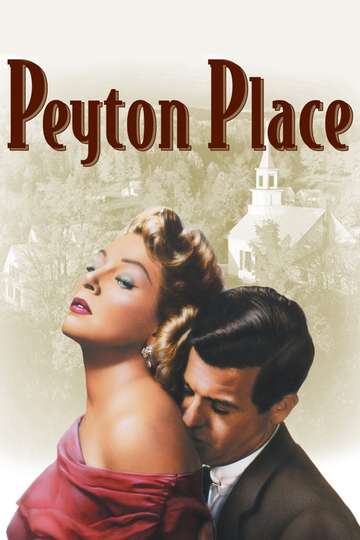 Need to watch 'Peyton Place' on your TV or mobile device at home? Tracking down a streaming service to buy, rent, download, or watch the Mark Robson-directed movie via subscription can be a huge pain, so we here at Moviefone want to help you out.

We've listed a number of streaming and cable services - including rental, purchase, and subscription alternatives - along with the availability of 'Peyton Place' on each platform. Now, before we get into all the details of how you can watch 'Peyton Place' right now, here are some particulars about the Jerry Wald Productions, 20th Century Fox romance flick.

Released December 11th, 1957, 'Peyton Place' stars Lana Turner, Lee Philips, Lloyd Nolan, Arthur Kennedy The movie has a runtime of about 2 hr 31 min, and received a user score of 68 (out of 100) on TMDb, which compiled reviews from 47 respected users.

Interested in knowing what the movie's about? Here's the plot: "In the outwardly respectable New England community of Peyton Place, shopkeeper Constance McKenzie tries to make up for a past indiscretion -- which resulted in her illegitimate daughter Allison -- by adopting a chaste, prudish attitude towards all things sexual. In spite of herself, Constance can't help but be attracted to handsome new teacher Michael Rossi. Meanwhile, the restless Allison, who'd like to be as footloose and fancy-free as the town's "fast girl" Betty Anderson, falls sincerely in love with mixed-up mama's boy Norman Page."

Witness for the Prosecution
When Leonard Vole is arrested for the sensational murder of a rich, mi...

12 Angry Men
The defense and the prosecution have rested and the jury is filing int...