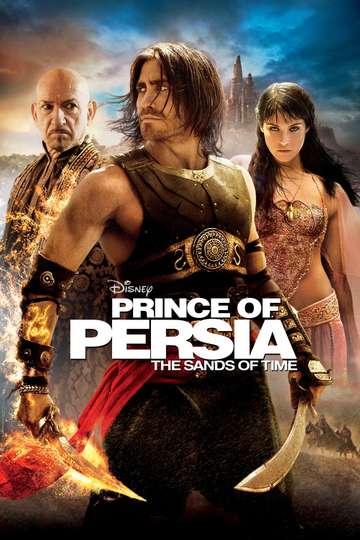 Prince of Persia: The Sands of Time (2010)Stream and Watch Online Looking to watch 'Prince of Persia: The Sands of Time' in the comfort of your own home? Hunting down a streaming service to buy, rent, download, or view the Mike Newell-directed movie via subscription can be a huge pain, so we here at Moviefone want to take the pressure off.

Below, you’ll find a number of top-tier streaming and cable services - including rental, purchase, and subscription choices - along with the availability of 'Prince of Persia: The Sands of Time' on each platform. Now, before we get into the fundamentals of how you can watch 'Prince of Persia: The Sands of Time' right now, here are some specifics about the Walt Disney Pictures, Jerry Bruckheimer Films action flick.

Released May 27th, 2010, 'Prince of Persia: The Sands of Time' stars Jake Gyllenhaal, Gemma Arterton, Ben Kingsley, Alfred Molina The PG-13 movie has a runtime of about 1 hr 56 min, and received a user score of 62 (out of 100) on TMDb, which assembled reviews from 5,457 experienced users.

Want to know what the movie's about? Here's the plot: "A rogue prince reluctantly joins forces with a mysterious princess and together, they race against dark forces to safeguard an ancient dagger capable of releasing the Sands of Time – gift from the gods that can reverse time and allow its possessor to rule the world."

'Prince of Persia: The Sands of Time' is currently available to rent, purchase, or stream via subscription on Google Play Movies, AMC on Demand, Microsoft Store, Amazon Video, Vudu, Apple iTunes, Disney Plus, DIRECTV, and YouTube .

Movies Like Prince of Persia: The Sands of Time

The A-Team
A group of Iraq War veterans goes on the run from U.S. military forces...

Green Lantern
For centuries, a small but powerful force of warriors called the Green...

Transformers: Dark of the Moon
The Autobots continue to work for NEST, now no longer in secret. But a...

Salt
As a CIA officer, Evelyn Salt swore an oath to duty, honor and country...

Hancock
Hancock is a down-and-out superhero who's forced to employ a PR expert...

See Gemma Arterton as a reclusive writer in the 'Summerland' trailer