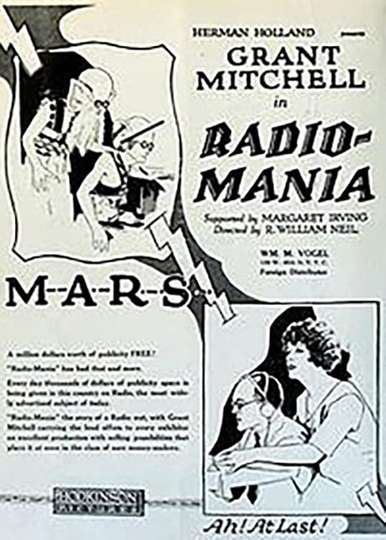 NR 1 hr 35 minDec 27th, 1922Science Fiction
An inventor makes contact with Mars via television. The film is notable for using the 3-D process called Teleview, similar to today's alternating frame 3-D systems. Shown in 3-D only at the Selwyn Theater in New York City, it was previewed as Mars Calling at a trade and press screening on 13 October 1922, premiered as M.A.R.S. on 27 December 1922, and ran through 20 January 1923. A 2-D version was distributed as Radio-Mania in 1923–1924.
Show More
DirectorRoy William Neill
StarringGrant MitchellMargaret IrvingGertrude Hillman
Full Cast & Crew