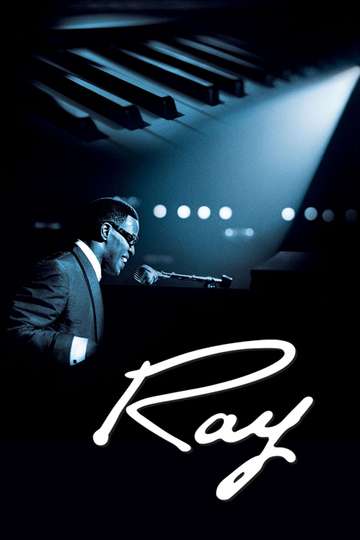 Fancy watching 'Ray' on your TV or mobile device at home? Searching for a streaming service to buy, rent, download, or watch the Taylor Hackford-directed movie via subscription can be a challenge, so we here at Moviefone want to do right by you.

We've listed a number of streaming and cable services - including rental, purchase, and subscription options - along with the availability of 'Ray' on each platform. Now, before we get into all the details of how you can watch 'Ray' right now, here are some specifics about the Bristol Bay Productions, Universal Pictures, Anvil Films, Baldwin Entertainment Group drama flick.

You probably already know what the movie's about, but just in case... Here's the plot: "Born on a sharecropping plantation in Northern Florida, Ray Charles went blind at seven. Inspired by a fiercely independent mom who insisted he make his own way, He found his calling and his gift behind a piano keyboard. Touring across the Southern musical circuit, the soulful singer gained a reputation and then exploded with worldwide fame when he pioneered coupling gospel and country together."

The Pursuit of Happyness
A struggling salesman takes custody of his son as he's poised to begin...

The Players Club
Single mother Diana struggles to provide for her child and pay for her...

The Aviator
A biopic depicting the life of filmmaker and aviation pioneer Howard H...

Men of Honor
Against formidable odds -- and an old-school diving instructor embitte...