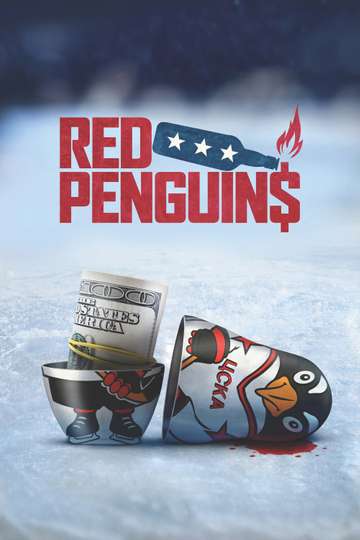 Want to behold the glory that is 'Red Penguins' in the comfort of your own home? Finding a streaming service to buy, rent, download, or watch the Gabe Polsky-directed movie via subscription can be a challenge, so we here at Moviefone want to do the work for you.

Below, you'll find a number of top-tier streaming and cable services - including rental, purchase, and subscription choices - along with the availability of 'Red Penguins' on each platform when they are available. Now, before we get into the fundamentals of how you can watch 'Red Penguins' right now, here are some specifics about the Gabriel Polsky Productions, NDR, Studio Hamburg Enterprises documentary flick.

Released August 4th, 2020, 'Red Penguins' stars Steven Warshaw, Valery Gushin, Victor Gusev, Howard Baldwin The movie has a runtime of about 1 hr 20 min, and received a user score of 55 (out of 100) on TMDb, which collated reviews from 4 top users.

Interested in knowing what the movie's about? Here's the plot: "Shortly after the collapse of the Soviet Union, the Pittsburgh Penguins and the famed Red Army hockey team formed a joint venture that redefined what was possible in the new Russia. Eccentric marketing whiz, Steve Warshaw, is sent to Moscow and tasked to transform the team into the greatest show in Russia, attracting some of the biggest names in Hollywood and advertising along the way. He takes the viewer on a bizarre journey highlighting a pivotal moment in U.S.-Russian relations during a lawless era when oligarchs made their fortunes and multiple murders went unsolved."