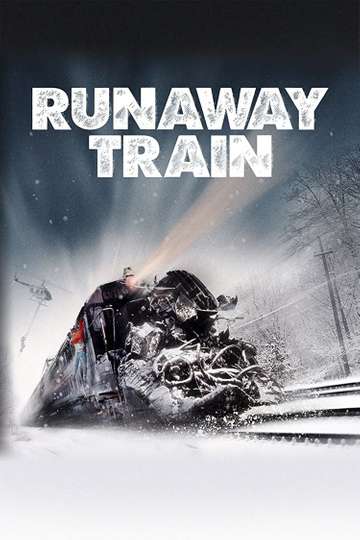 Want to behold the glory that is 'Runaway Train' on your TV or mobile device at home? Finding a streaming service to buy, rent, download, or view the Andrei Konchalovsky-directed movie via subscription can be a huge pain, so we here at Moviefone want to help you out.

Read on for a listing of streaming and cable services - including rental, purchase, and subscription choices - along with the availability of 'Runaway Train' on each platform. Now, before we get into all the details of how you can watch 'Runaway Train' right now, here are some particulars about the Golan-Globus Productions, Northbrook Films, Cannon Group adventure flick.

Released December 6th, 1985, 'Runaway Train' stars Jon Voight, Eric Roberts, Rebecca De Mornay, Kyle T. Heffner The R movie has a runtime of about 1 hr 51 min, and received a user score of 70 (out of 100) on TMDb, which assembled reviews from 358 respected users.

Curious to know what the movie's about? Here's the plot: "A hardened convict and a younger prisoner escape from a brutal prison in the middle of winter only to find themselves on an out-of-control train with a female railway worker while being pursued by the vengeful head of security."

Thief
Frank is an expert professional safecracker, specialized in high-profi...

Peeping Tom
Loner Mark Lewis works at a film studio during the day and, at night,...

Traffic
An exploration of the United States of America's war on drugs from mul...

Witness
A sheltered Amish child is the sole witness of a brutal murder in a re...

The Deer Hunter
A group of working-class friends decide to enlist in the Army during t...

The Towering Inferno
At the opening party of a colossal—but poorly constructed—office build...

Were the World Mine
If you had a love-potion, who would you make fall madly in love with y...

Papillon
A man befriends a fellow criminal as the two of them begin serving the...