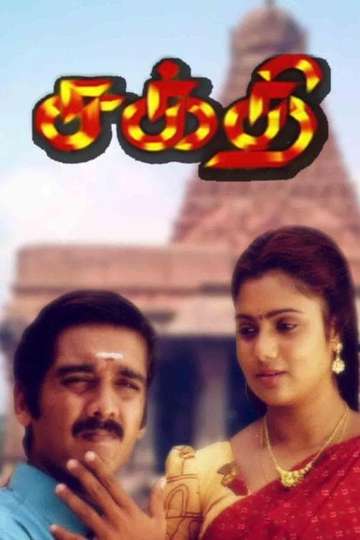 Yearning to watch 'Sakthi' in the comfort of your own home? Tracking down a streaming service to buy, rent, download, or view the Raguraj R-directed movie via subscription can be a challenge, so we here at Moviefone want to take the pressure off.

Read on for a listing of streaming and cable services - including rental, purchase, and subscription options - along with the availability of 'Sakthi' on each platform. Now, before we get into the fundamentals of how you can watch 'Sakthi' right now, here are some particulars about the Gentleman Film International romance flick.

Released , 'Sakthi' stars Vineeth Radhakrishnan, Yuvarani, Sivakumar, Vadivelu The movie has a runtime of about 2 hr 20 min, and received a user score of (out of 100) on TMDb, which put together reviews from respected users.

What, so now you want to know what the movie’s about? Here's the plot: "In the past, the young Seethalakshmi became pregnant but she didn't reveal the father's identity. To punish her, the village chief Periya Ayya ordered her to live alone in a small hut and after the childbirth, he took her newborn son. Whereas, Dharmaraj and Varalakshmi got married. Periya Ayya then sent the baby to another village. Many years later, Sakthi comes back to his village and he becomes the manager of the village's temple. Sakthi thinks that he is an orphan. Afterward, Sakthi and Raani fall in love with each other. Soon, Varalakshmi's brother Sethupathi tries to rob the temple's costly things. On his first attempt, Sethupathi's henchmen fail because of Sakthi. The second time, he robs the temple's Kalasam. He then traps the innocent Sakthi and Periya Ayya dismisses him. Sakthi finally comes to know the identity of his parents : Dharmaraj and Seethalakshmi. What transpires later forms the crux of the story."

'Sakthi' is currently available to rent, purchase, or stream via subscription on Sun Nxt .