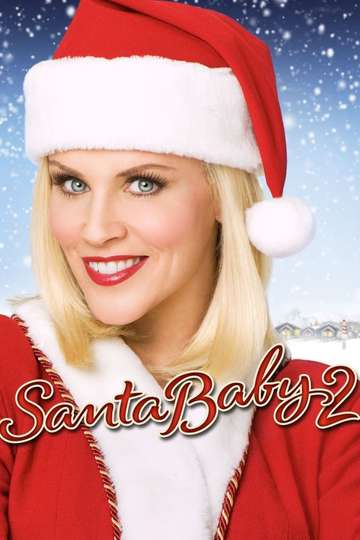 Looking to feast your eyes on 'Santa Baby 2' on your TV, phone, or tablet? Finding a streaming service to buy, rent, download, or watch the Ron Underwood-directed movie via subscription can be challenging, so we here at Moviefone want to do the heavy lifting.

Below, you’ll find a number of top-tier streaming and cable services - including rental, purchase, and subscription options - along with the availability of 'Santa Baby 2' on each platform. Now, before we get into all the details of how you can watch 'Santa Baby 2' right now, here are some particulars about the Well Done Productions, Alberta Film Entertainment comedy flick.

Released December 13th, 2009, 'Santa Baby 2' stars Jenny McCarthy, Dean McDermott, Jessica Parker Kennedy, Gabe Khouth The PG movie has a runtime of about 1 hr 30 min, and received a user score of 51 (out of 100) on TMDb, which collated reviews from 22 top users.

Want to know what the movie's about? Here's the plot: "Jenny McCarthy reprises her role as Mary Class, Santa's business-minded daughter, to help save Christmas in Santa Baby 2: Christmas Maybe, the sequel to ABC Family's original hit movie of 2006. Santa's in the midst of a late-life crisis -- he's tired of the responsibilities of the job and is ready to pass on the reins to Mary, who feels torn between the family business and running her own high stakes firm in New York City, along with balancing a relationship with the love of her life, Luke (Dean McDermott). The situation gets increasingly dire when Teri, an ambitious new arrival to the North Pole, sows dissension at the workshop in an effort to take over Christmas."

'Santa Baby 2' is currently available to rent, purchase, or stream via subscription on Amazon Video .