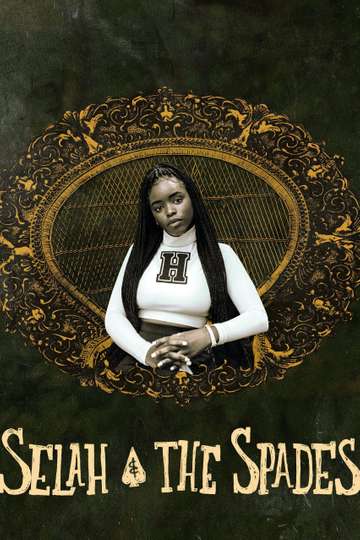 Selah and the Spades (2019)Stream and Watch Online

Need to watch 'Selah and the Spades' on your TV, phone, or tablet? Hunting down a streaming service to buy, rent, download, or view the Tayarisha Poe-directed movie via subscription can be confusing, so we here at Moviefone want to help you out.

We've listed a number of streaming and cable services - including rental, purchase, and subscription choices - along with the availability of 'Selah and the Spades' on each platform. Now, before we get into all the details of how you can watch 'Selah and the Spades' right now, here are some specifics about the Secret Engine, Argent Pictures, Novel Pictures, MVMT, Cinereach drama flick.

Released January 27th, 2019, 'Selah and the Spades' stars Lovie Simone, Celeste O'Connor, Jharrel Jerome, Jesse Williams The R movie has a runtime of about 1 hr 37 min, and received a user score of 48 (out of 100) on TMDb, which collated reviews from 35 well-known users.

You probably already know what the movie's about, but just in case... Here's the plot: "Paloma, the new girl at an esteemed prep school, is drawn into the daily aggressions of warring senior class factions. She joins the Spades and becomes friends with the Spades’ leader, an enigmatic and scheming cheerleader named Selah."

'Selah and the Spades' is currently available to rent, purchase, or stream via subscription on Amazon Prime Video .