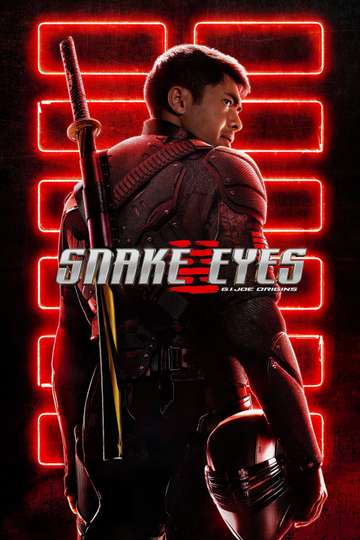 Fancy watching 'Snake Eyes: G.I. Joe Origins' on your TV, phone, or tablet? Hunting down a streaming service to buy, rent, download, or view the Robert Schwentke-directed movie via subscription can be tricky, so we here at Moviefone want to help you out.

Below, you'll find a number of top-tier streaming and cable services - including rental, purchase, and subscription choices - along with the availability of 'Snake Eyes: G.I. Joe Origins' on each platform when they are available. Now, before we get into the nitty-gritty of how you can watch 'Snake Eyes: G.I. Joe Origins' right now, here are some specifics about the Paramount, Metro-Goldwyn-Mayer, Di Bonaventura Pictures, Hasbro, Entertainment One, Skydance Media adventure flick.

You probably already know what the movie's about, but just in case... Here's the plot: "After saving the life of their heir apparent, tenacious loner Snake Eyes is welcomed into an ancient Japanese clan called the Arashikage where he is taught the ways of the ninja warrior. But, when secrets from his past are revealed, Snake Eyes' honor and allegiance will be tested – even if that means losing the trust of those closest to him."

The Brotherhood of Justice
"They were the best kids in the neighborhood ... until they decided it was time to fight back."

Sweet Girl
"Family fights as one."

The Last Victim
Deathstroke: Knights & Dragons - The Movie
"Never give a paid killer a reason to work for free"

The Protégé
"Made for vengeance."

F9
"Justice is coming."
Galaxina
"She's too good to be true...and too real to be otherwise."
Animal Factory
"On the inside the rules are brutal and the stakes are high."
The Last Warrior: Root of Evil

The Suicide Squad
"They're dying to save the world."
Most Dangerous Game

Black Widow
"Her world. Her secrets. Her legacy."
Mid-Century
"Murder by design."
G-Zombie