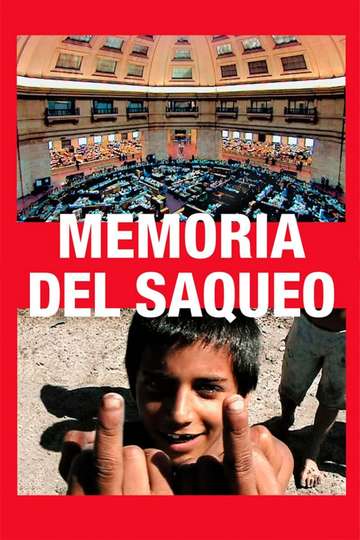 TMDb Score
78
NR 2 hrMar 18th, 2004Documentary
After the fall of the military dictatorship in 1983, successive democratic governments launched a series of reforms purporting to turn Argentina into the world's most liberal and prosperous economy. Less than twenty years later, the Argentinians have lost literally everything: major national companies have been sold well below value to foreign corporations; the proceeds of privatizations have been diverted into the pockets of corrupt officials; revised labour laws have taken away all rights from employees; in a country that is traditionally an important exporter of foodstuffs, malnutrition is widespread; millions of people are unemployed and sinking into poverty; and their savings have disappeared in a final banking collapse. The film highlights numerous political, financial, social and judicial aspects that mark out Argentina's road to ruin.
Show More
DirectorFernando E. Solanas
StarringMick JaggerKeith RichardsRon Wood
Full Cast & CrewNews

Keith Richards Documentary 'Under the Influence' Rolls to Netflix