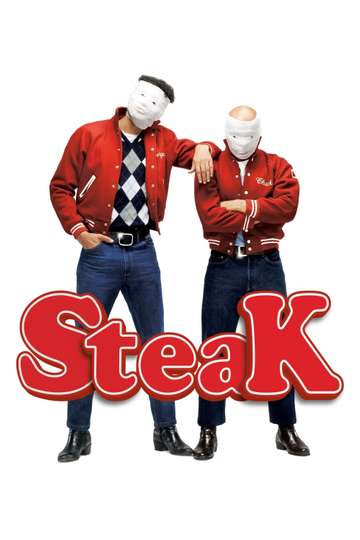 TMDb Score
54
NR 1 hr 22 minScience Fiction, Comedy
George is the scapegoat of his classmates. One day he cracks and shoots them. His best and only friend Blaise is accused in his place and sentenced to 7 years in a psychiatric hospital. At the day of his release, Blaise realizes he only has one family: his best friend George. But he does not want to hear about his childhood friend, as he tries to integrate with the “Chivers” a gang whose members wear red jackets and boots, drink milk, drive sport trucks and play an incomprehensible and violent game that mixes cricket and mental arithmetic.
Show More
DirectorQuentin Dupieux
StarringEric JudorRamzy BediaSÃ©bastien Tellier
Full Cast & Crew

Satan
A group of young people leave a disco and bump into a shepherd who is...

2 Alone in Paris
A bumbling Paris policeman is doggedly determined to capture the maste...

La Tour 2 Contrôle Infernale
Ernest Krakenkrick and Bachir Bouzouk are about to become pilots in th...

Dikkenek
Jean-Claude is a loud-mouthed, know-it-all and full time boor who is b...

Mohamed Dubois
Arnaud Dubois may be the heir to a bank, but he prefers to call himsel...