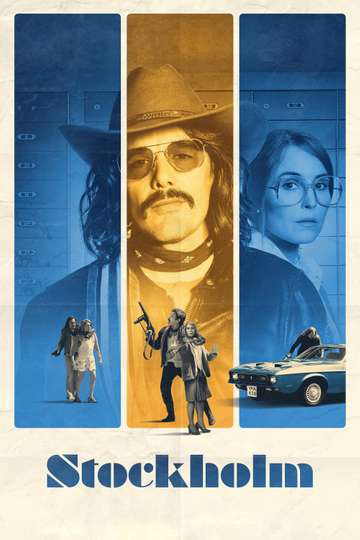 Want to watch 'Stockholm' in the comfort of your own home? Tracking down a streaming service to buy, rent, download, or watch the Robert Budreau-directed movie via subscription can be a huge pain, so we here at Moviefone want to do right by you.

We've listed a number of streaming and cable services - including rental, purchase, and subscription choices - along with the availability of 'Stockholm' on each platform when they are available. Now, before we get into the nitty-gritty of how you can watch 'Stockholm' right now, here are some particulars about the Blumhouse Productions, Darius Films, Productivity Media, JoBro Productions, Lumanity Productions comedy flick.

Released April 12th, 2019, 'Stockholm' stars Ethan Hawke, Noomi Rapace, Mark Strong, Christopher Heyerdahl The R movie has a runtime of about 1 hr 32 min, and received a user score of 59 (out of 100) on TMDb, which assembled reviews from 317 knowledgeable users.

What, so now you want to know what the movie's about? Here's the plot: "Based on the extraordinary true story of the European city’s 1973 bank heist and hostage crisis that was documented in the 1974 New Yorker article “The Bank Drama” by Daniel Lang. The events grasped the world’s attention when the hostages bonded with their captors and turned against the authorities, giving rise to the psychological phenomenon known as “Stockholm Syndrome.”"

'Stockholm' is currently available to rent, purchase, or stream via subscription on Redbox, Amazon Video, Spectrum On Demand, and Tubi TV .

I Am Mother
"She’ll keep you safe."

Once Upon a Time… in Hollywood
"In this town, it can all change… like that"

Hotel Artemis
"No guns. No cops. No killing the other patients."

Rocketman
"Based on a True Fantasy"
Winter's Bone
"Talking Just Causes Witnesses"
The 100 Year-Old Man Who Climbed Out the Window and Disappeared
"For a century he's made the world uncertain, and now he is on the loose again."
The Professor

Jumanji: The Next Level
The Winter War
"They held back the Russian Juggernaut in a frozen Hell!"

The Dead Don't Die
"The Greatest Zombie Cast Ever Disassembled."

Toy Story 4
"Get Ready to Hit the Road"
Demolition Man
"The future isn't big enough for the both of them."

Dark Waters
"The truth has a man on the inside"