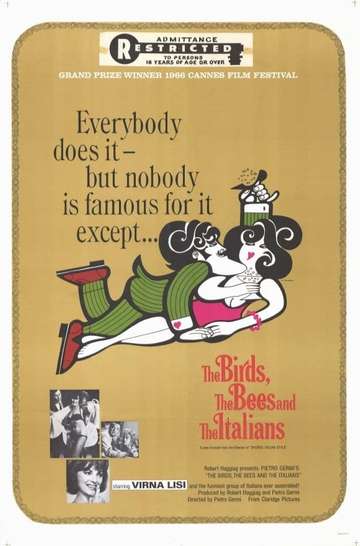 An anthology film that presents three storylines, all set in the Italian town of Treviso. In the first story, a husband pretends to be impotent as a cover for having an affair. In the second, a bank clerk abandons his wife for his mistress, but the rest of the town's husbands become jealous and unite to conspire against them. In the third, men of the town all seduce a promiscuous teenager, but her father eventually reveals that she is underage, and they face prosecution for statutory rape.

Movies Like The Birds, the Bees and the Italians

Divorce Italian Style
Ferdinando Cefalù is desperate to marry his cousin, Angela, but he is...

Seduced and Abandoned
The film presents the tale of Agnese Ascalone, daughter of prominent m...