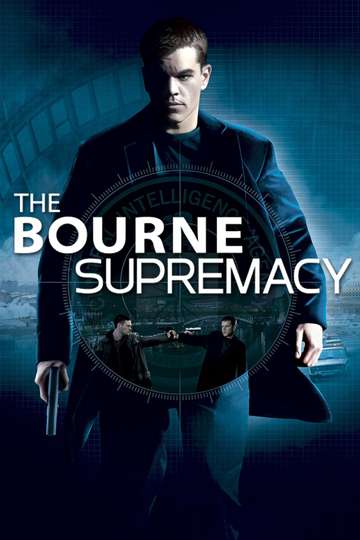 Want to behold the glory that is 'The Bourne Supremacy' in the comfort of your own home? Tracking down a streaming service to buy, rent, download, or watch the Paul Greengrass-directed movie via subscription can be confusing, so we here at Moviefone want to take the pressure off.

Read on for a listing of streaming and cable services - including rental, purchase, and subscription alternatives - along with the availability of 'The Bourne Supremacy' on each platform when they are available. Now, before we get into the fundamentals of how you can watch 'The Bourne Supremacy' right now, here are some finer points about the Universal Pictures, The Kennedy/Marshall Company, Hypnotic, Motion Picture THETA Produktionsgesellschaft, Ludlum Entertainment thriller flick.

What, so now you want to know what the movie's about? Here's the plot: "When a CIA operation to purchase classified Russian documents is blown by a rival agent, who then shows up in the sleepy seaside village where Bourne and Marie have been living. The pair run for their lives and Bourne, who promised retaliation should anyone from his former life attempt contact, is forced to once again take up his life as a trained assassin to survive."

The Bourne Ultimatum
"Remember everything. Forgive nothing."

Live Free or Die Hard
"The old school cop is back!"

Quantum of Solace
"For love, for hate, for justice, for revenge."

The Matrix Revolutions
"Everything that has a beginning has an end."
The Bourne Identity
"He was the perfect weapon until he became the target."
Mission: Impossible II
"Expect the impossible again."
X2
"The time has come for those who are different to stand united."

Ocean's Thirteen
"What are the odds of getting even? 13 to one."

Casino Royale
"Everyone has a past. Every legend has a beginning."
Ocean's Eleven
"Are you in or out?"
Die Hard: With a Vengeance
"Think fast. Look alive. Die hard."
Taken
"They took his daughter. He'll take their lives."
Indiana Jones and the Last Crusade
"The man with the hat is back. And this time, he's bringing his Dad."
Die Hard
"Forty stories. Twelve terrorists. One cop."

Jason Bourne
"You know his name"

Ben Affleck and Matt Damon Team up for Nike Movie