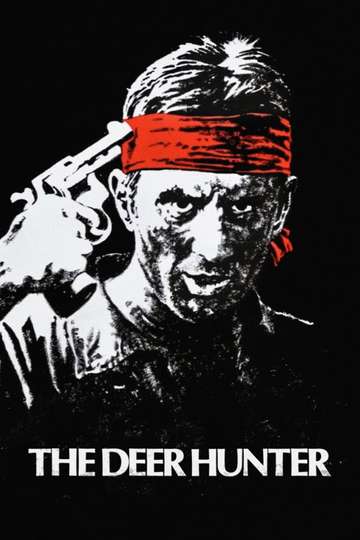 Fancy watching 'The Deer Hunter' on your TV or mobile device at home? Hunting down a streaming service to buy, rent, download, or view the Michael Cimino-directed movie via subscription can be challenging, so we here at Moviefone want to do the work for you.

We've listed a number of streaming and cable services - including rental, purchase, and subscription alternatives - along with the availability of 'The Deer Hunter' on each platform when they are available. Now, before we get into the nitty-gritty of how you can watch 'The Deer Hunter' right now, here are some particulars about the Universal Pictures, EMI Films war flick.

Released December 8th, 1978, 'The Deer Hunter' stars Robert De Niro, Christopher Walken, John Cazale, John Savage The R movie has a runtime of about 3 hr 3 min, and received a user score of 80 (out of 100) on TMDb, which put together reviews from 2,974 respected users.

What, so now you want to know what the movie's about? Here's the plot: "A group of working-class friends decide to enlist in the Army during the Vietnam War and finds it to be hellish chaos -- not the noble venture they imagined. Before they left, Steven married his pregnant girlfriend -- and Michael and Nick were in love with the same woman. But all three are different men upon their return."

Casino
"No one stays at the top forever."
The Letter
"Obsession can blur the lines of reality."
The Bridge on the River Kwai
"It spans a whole new world of entertainment!"

Platoon
"The first casualty of war is innocence."
Falling in Love
Ironweed
"Hard times and Good times. Francis and Helen."
Once Upon a Time in America
"Crime, passion and lust for power."
Raging Bull
The French Lieutenant's Woman
"She was lost from the moment she saw him."
Heat
"A Los Angeles crime saga."
Apocalypse Now
"This is the end..."

Unforgiven
"Some legends will never be forgotten. Some wrongs can never be forgiven."
Sophie's Choice
"Between the innocent, the romantic, the sensual, and the unthinkable. There are still some things we have yet to imagine."
The Untouchables
"What are you prepared to do?"
Taxi Driver
"On every street in every city, there's a nobody who dreams of being a somebody."
The Great Escape
"Put a fence in front of these men... and they'll climb it!"

Lawrence of Arabia
"A mighty motion picture of action and adventure!"

Full Metal Jacket
"Vietnam can kill me, but it can’t make me care."
Dog Day Afternoon
"Anything can happen during the dog days of summer. On August 22nd, 1972, everything did."
Chinatown
"You get tough. You get tender. You get close to each other. Maybe you even get close to the truth."
The Making of Edward Scissorhands