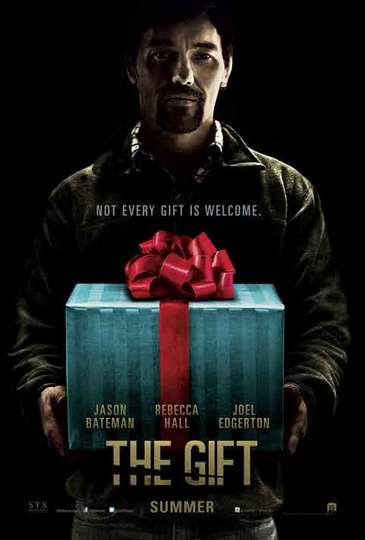 "Not every gift is welcome."
TMDb Score
67
R 1 hr 48 minAug 7th, 2015Drama, Mystery, Thriller
Simon and Robyn are a young married couple whose life is going as planned until a chance run-in with Simon's high school acquaintance sends their world into a tailspin.
DirectorJoel Edgerton
StarringJason BatemanRebecca HallJoel Edgerton SPOILERS AHEAD! Don't read this unless you want the twist revealed.

"The Gift," a mystery-thriller released August 7, stars Jason Bateman, Rebecca Hall, and Joel Edgerton, who also steps in as first-time director. No blood and guts in this flick, one of the many positives about the movie, which kept me on the edge of my seat the whole time I watched it.

Jason Bateman plays a successful family man who moves to California with his wife, played by Rebecca Hall, after landing a new job there. Everything seems fine, life is great -- and getting better! -- until an old high-school acquaintance shows up. Unbeknownst to us, Bateman was a bully in high school and spread a nasty rumor he made up that caused Edgerton to suffer mental and physical abuse at the hands of his own father; 25 years later Edgerton comes for payback.

Stalked by My Neighbor