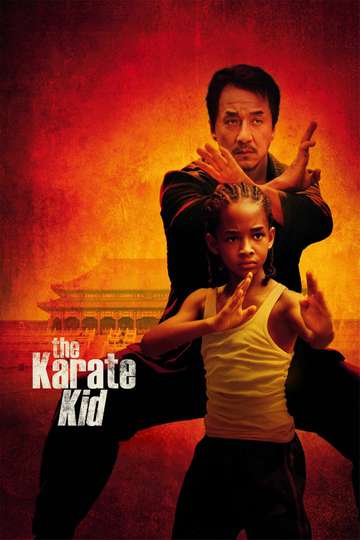 Want to behold the glory that is 'The Karate Kid' in the comfort of your own home? Tracking down a streaming service to buy, rent, download, or watch the Harald Zwart-directed movie via subscription can be difficult, so we here at Moviefone want to do the work for you.

We've listed a number of streaming and cable services - including rental, purchase, and subscription choices - along with the availability of 'The Karate Kid' on each platform when they are available. Now, before we get into the various whats and wheres of how you can watch 'The Karate Kid' right now, here are some particulars about the Columbia Pictures, Sony Pictures, Overbrook Entertainment, Jerry Weintraub Productions, China Film Group, Zwart Arbeid adventure flick.

Curious to know what the movie's about? Here's the plot: "Twelve-year-old Dre Parker could have been the most popular kid in Detroit, but his mother's latest career move has landed him in China. Dre immediately falls for his classmate Mei Ying but the cultural differences make such a friendship impossible. Even worse, Dre's feelings make him an enemy of the class bully, Cheng. With no friends in a strange land, Dre has nowhere to turn but maintenance man Mr. Han, who is a kung fu master. As Han teaches Dre that kung fu is not about punches and parries, but maturity and calm, Dre realizes that facing down the bullies will be the fight of his life."

Prince of Persia: The Sands of Time
"Defy the Future"
The Next Karate Kid
"It's ancient wisdom against teenage spunk. 1,000 years of karate tradition is about to get a kick in the pants."
Hancock
"Bad behavior. Bad attitude. Real hero."
The Karate Kid Part III
"First it was teacher to student. Then it was father to son. Now, it's man to man."

The Spy Next Door
"Spying is easy, Babysitting is hard."
The Karate Kid Part II
"This time, the combat is real."
Night at the Museum: Battle of the Smithsonian
"When the lights go off the battle is on."
Madagascar: Escape 2 Africa
"Still together. Still lost!"
Bolt
"Fully Awesome. Ridonculous. Let It Begin."

Cloudy with a Chance of Meatballs
"Prepare to get served."
Journey to the Center of the Earth
"Same Planet. Different World."
Kung Fu Panda 2
"Prepare for the Year of Awesomeness!"
The Karate Kid
"Only the 'Old One' could teach him the secrets of the masters."

The Sorcerer's Apprentice
"It's The Coolest Job Ever."

Shrek the Third
"He’s in for the Royal Treatment."