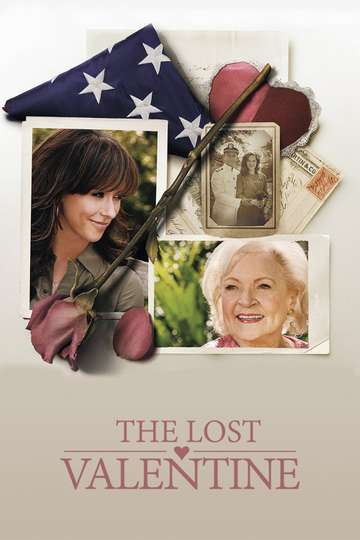 "Love can stand the test of time."
TMDb Score
72
NR 1 hr 40 minJan 30th, 2011TV Movie, Romance, Drama
A young and cynical female journalist learns love may transcend trials and time as she discovers a story that will change her life forever. When war separates lovers on their wedding anniversary Feb. 14, 1944 at LA Union Train Station, Navy pilot Neil Thomas makes a promise he isn't sure he can keep - to return to the train station safe by their next anniversary. For sixty years Caroline Thomas keeps her promise by waiting at the train station until her missing in action husband can finally keep his with the "lost valentine." The message and meaning shows romance and love can be real; worth fighting, and maybe even dying for.
Show More
DirectorDarnell Martin
StarringJennifer Love HewittBetty WhiteSean Faris
Movie DetailsWhere to WatchFull Cast & CrewNews

'Golden Girls' Is Coming to Hulu Next Month, So Stock Up on Cheesecake Now

Life As We Know It
After a distastrous first date for caterer Holly and network sports di...

When in Rome
After fishing out coins from a water fountain in Italy, cynical New Yo...

Finding Neverland
During a writing slump, playwright J.M. Barrie meets a widow and her t...

If Only
After his impetuous musician girlfriend, Samantha, dies in an accident...

Never Back Down
Jake, full of anger after his father's death, is just starting to find...

The Vow
Happy young married couple Paige and Leo are, well, happy. Then a car...

The Lucky One
U.S. Marine Sergeant Logan Thibault returns from his third tour of dut...

The Best of Me
A pair of former high school sweethearts reunite after many years when...