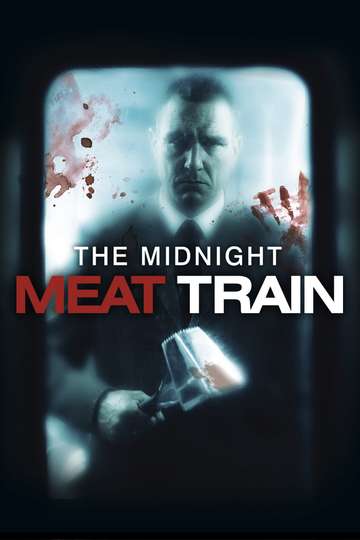 Want to behold the glory that is 'The Midnight Meat Train' in the comfort of your own home? Tracking down a streaming service to buy, rent, download, or view the Ryûhei Kitamura-directed movie via subscription can be a challenge, so we here at Moviefone want to do right by you.

Below, you'll find a number of top-tier streaming and cable services - including rental, purchase, and subscription alternatives - along with the availability of 'The Midnight Meat Train' on each platform when they are available. Now, before we get into the fundamentals of how you can watch 'The Midnight Meat Train' right now, here are some specifics about the Lions Gate Films, Lakeshore Entertainment, GreeneStreet Films, Midnight Picture Show fantasy flick.

Released August 7th, 2008, 'The Midnight Meat Train' stars Bradley Cooper, Vinnie Jones, Brooke Shields, Leslie Bibb The R movie has a runtime of about 1 hr 38 min, and received a user score of 61 (out of 100) on TMDb, which collated reviews from 833 respected users.

You probably already know what the movie's about, but just in case... Here's the plot: "A photographer's obsessive pursuit of dark subject matter leads him into the path of a serial killer who stalks late night commuters, ultimately butchering them in the most gruesome ways."

Downrange
"Hell is on the way"

Hostel: Part II
"Each year, over 10,000 people in America are killed with firearms. Approximately 2,000 more are stabbed to death. Americans...they have no imagination."
No One Lives
"No one runs. No one escapes."
Grave Encounters 2
"Fear is just a word. Reality is much worse."
Drag Me to Hell
"Christine Brown has a good job, a great boyfriend, and a bright future. But in three days, she's going to hell."

Dead Silence
"You scream. You die."
Mirrors
"There is evil...On the other side."
Quarantine
"Contain The Truth."
The Ruins
"Terror has evolved."
Land of the Dead
"The dead shall inherit the Earth."
Case 39
"Some cases should never be opened."
The Last House on the Left
"If someone hurt someone you love, how far would you go to get revenge?"

Cabin Fever
"Terror… in the flesh."

The Messengers
"There is evidence to suggest that children are highly susceptible to paranormal phenomena. They see what adults cannot. They believe what adults deny. And they are trying to warn us."

The Strangers
"Lock the door. Pretend you're safe."

Splinter
"It will get under your skin."
One Missed Call
"What will it sound like when you die?"
Halloween
"Evil has a destiny."

Pulse
"You are now infected."