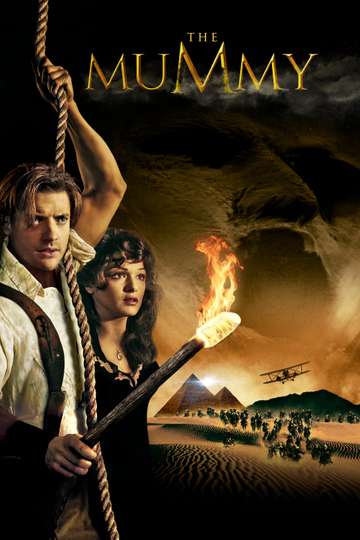 The Mummy (1999)Stream and Watch Online

Yearning to watch 'The Mummy' on your TV, phone, or tablet? Finding a streaming service to buy, rent, download, or view the Stephen Sommers-directed movie via subscription can be difficult, so we here at Moviefone want to do right by you.

Read on for a listing of streaming and cable services - including rental, purchase, and subscription options - along with the availability of 'The Mummy' on each platform when they are available. Now, before we get into the nitty-gritty of how you can watch 'The Mummy' right now, here are some particulars about the Universal Pictures, Alphaville Films action flick.

Released May 7th, 1999, 'The Mummy' stars Brendan Fraser, Rachel Weisz, John Hannah, Arnold Vosloo The PG-13 movie has a runtime of about 2 hr 4 min, and received a user score of 69 (out of 100) on TMDb, which compiled reviews from 7,675 knowledgeable users.

Curious to know what the movie's about? Here's the plot: "Dashing legionnaire Rick O'Connell stumbles upon the hidden ruins of Hamunaptra while in the midst of a battle to claim the area in 1920s Egypt. It has been over three thousand years since former High Priest Imhotep suffered a fate worse than death as a punishment for a forbidden love—along with a curse that guarantees eternal doom upon the world if he is ever awoken."

The Lost World: Jurassic Park
"Something has survived."

Transformers
"Their war. Our world."
Men in Black
"Protecting the Earth from the scum of the universe."

Men in Black II
"Back in black."
Armageddon
"The Earth's Darkest Day Will Be Man's Finest Hour"
Indiana Jones and the Last Crusade
"The man with the hat is back. And this time, he's bringing his Dad."
The Mummy: Tomb of the Dragon Emperor
"A New Evil Awakens."
Blade
"Part man. Part vampire. All hero."

The Mummy Returns
"The most powerful force on earth is about to be unleashed by the two people who should know better."
I, Robot
"Laws are made to be broken."
Mission: Impossible
"Expect the impossible."
Indiana Jones and the Temple of Doom
"If adventure has a name... it must be Indiana Jones."

Indiana Jones and the Kingdom of the Crystal Skull
"The adventure continues . . ."

The Matrix Revolutions
"Everything that has a beginning has an end."
The Scorpion King
"Warrior. Legend. King."