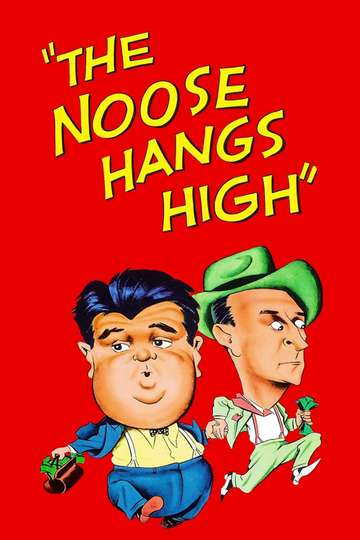 Yearning to watch 'The Noose Hangs High' on your TV, phone, or tablet? Discovering a streaming service to buy, rent, download, or watch the Charles Barton-directed movie via subscription can be difficult, so we here at Moviefone want to do the work for you.

Below, you'll find a number of top-tier streaming and cable services - including rental, purchase, and subscription choices - along with the availability of 'The Noose Hangs High' on each platform when they are available. Now, before we get into the nitty-gritty of how you can watch 'The Noose Hangs High' right now, here are some particulars about the Abbott & Costello Productions Inc. comedy flick.

Released April 5th, 1948, 'The Noose Hangs High' stars Bud Abbott, Lou Costello, Joseph Calleia, Leon Errol The movie has a runtime of about 1 hr 17 min, and received a user score of 65 (out of 100) on TMDb, which put together reviews from 14 top users.

What, so now you want to know what the movie's about? Here's the plot: "Two window washers who are mistaken by Nick Craig, a bookie, as the messengers he sent for to pick up $50,000. Now the person he sent them to sent two of his men to get the money back but they found out about it. So they try to mail to Craig but a mix up has the money sent somewhere else and the woman who got it spent it. Now Craig needs the money to pay off one of his clients." .