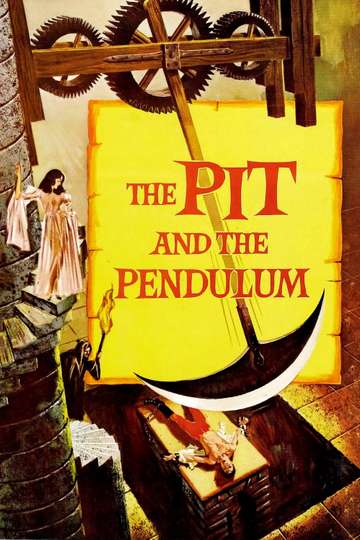 "Betrayal cuts both ways!"
TMDb Score
69
NR 1 hr 20 minAug 12th, 1961Horror, Mystery, Thriller
Francis Barnard goes to Spain, when he hears his sister Elizabeth has died. Her husband Nicholas Medina, the son of the most brutal torturer of the Spanish Inquisition, tells him she has died of a blood disease, but Francis finds this hard to believe. After some investigating he finds out that it was extreme fear that was fatal to his sister and that she may have been buried alive!
Show More
DirectorRoger Corman
StarringVincent PriceJohn KerrBarbara Steele
Where to WatchFull Cast & CrewNewsBuy DVD

Night of the Living Dead
A group of people try to survive an attack of bloodthirsty zombies whi...

The Mummy
An ancient Egyptian priest named Imhotep is revived when an archaeolog...

The Masque of the Red Death
A European prince terrorizes the local peasantry while using his castl...

The Innocents
A young governess for two children becomes convinced that the house an...

Hercules in the Haunted World
Upon his return from battle in the previous film, the great warrior He...

The Last Man on Earth
When a disease turns all of humanity into the living dead, the last ma...

The Haunting
Dr. Markway, doing research to prove the existence of ghosts, investig...

House on Haunted Hill
Frederick Loren has invited five strangers to a party of a lifetime. H...