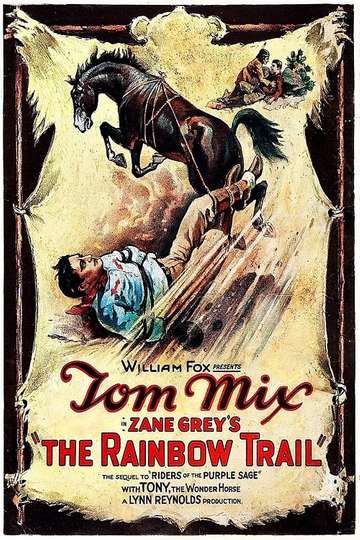 "The Sequel to RIDERS OF THE PURPLE SAGE"
NR 57 minMay 23rd, 1925Western
John Shefford is looking for his uncle Venters who years ago found a hidden valley and lived there with Jane Withersteen and young Fay Larkin. He finds Kay, now grown, who tells John that Willets and his men got into the nearly inaccessible valley and she has agreed to marry him to save the lives of the other two. John and Fay head for the valley with Willets and with his men right behind.
Show More
DirectorLynn Reynolds
StarringTom MixDiana MillerAnne Cornwall
Full Cast & Crew