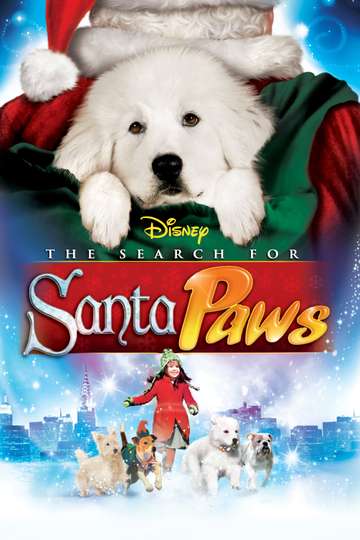 The Search for Santa Paws (2010)Stream and Watch Online

Looking to feast your eyes on 'The Search for Santa Paws' in the comfort of your own home? Finding a streaming service to buy, rent, download, or view the Robert Vince-directed movie via subscription can be a challenge, so we here at Moviefone want to take the pressure off.

We've listed a number of streaming and cable services - including rental, purchase, and subscription alternatives - along with the availability of 'The Search for Santa Paws' on each platform when they are available. Now, before we get into the various whats and wheres of how you can watch 'The Search for Santa Paws' right now, here are some specifics about the Walt Disney Pictures, Key Pix Productions, Keystone Entertainment, Santa Paws Productions adventure flick.

Released November 23rd, 2010, 'The Search for Santa Paws' stars Kaitlyn Maher, Madison Pettis, Zachary Gordon, Wendi McLendon-Covey The G movie has a runtime of about 1 hr 29 min, and received a user score of 63 (out of 100) on TMDb, which assembled reviews from 172 respected users.

Want to know what the movie's about? Here's the plot: "In the tradition of disney's classic holiday tales comes a heartwarming movie about the power of giving and the true meaning of christmas. Discover how the legendary friendship of Santa Claus and Santa Paws began in the inspiring original film, The Search For Santa Paws. When Santa and his new best friend, Paws, discover that the boys and girls of the world have lost the spirit of the season, they take a trip to New York City. But after Santa loses his memory, it's up to Paws, a faithful orphan named Quinn, her new friend Will, and a wonderful group of magical talking dogs to save St. Nick and show the world what Christmas is really all about."