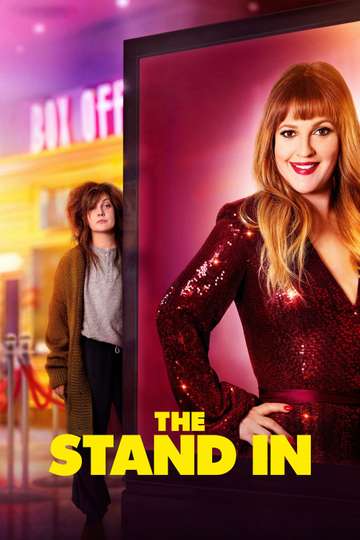 The Stand In (2020)Stream and Watch Online Fancy watching 'The Stand In' on your TV or mobile device at home? Discovering a streaming service to buy, rent, download, or watch the Jamie Babbit-directed movie via subscription can be tricky, so we here at Moviefone want to do the heavy lifting.

Read on for a listing of streaming and cable services - including rental, purchase, and subscription options - along with the availability of 'The Stand In' on each platform. Now, before we get into the various whats and wheres of how you can watch 'The Stand In' right now, here are some finer points about the The Exchange, Flower Films, Ingenious Media, Polyphemus Productions, Wrigley Media, Saban Films comedy flick.

Released December 11th, 2020, 'The Stand In' stars Drew Barrymore, Michael Zegen, T. J. Miller, Holland Taylor The R movie has a runtime of about 1 hr 41 min, and received a user score of 56 (out of 100) on TMDb, which assembled reviews from 73 experienced users.

Want to know what the movie's about? Here's the plot: "When ordered to serve a year in rehab, actress Candy hires her on-set stand-in to take her place. The unassuming woman flips the script and steals her identity, career and boyfriend in this hilarious comedy about trading places."

'The Stand In' is currently available to rent, purchase, or stream via subscription on YouTube, Redbox, Amazon Video, Google Play Movies, DIRECTV, Spectrum On Demand, Microsoft Store, Netflix, and Vudu .

Yes Day
Always feeling like they have to say NO to their kids and co-workers,...

Sound of Metal
Metal drummer Ruben begins to lose his hearing. When a doctor tells hi...

Soul
Joe Gardner is a middle school teacher with a love for jazz music. Aft...

Run
Chloe, a teenager who is confined to a wheelchair, is homeschooled by...

Thunder Force
In a world where supervillains are commonplace, two estranged childhoo...

Pieces of a Woman
When a young mother's home birth ends in unfathomable tragedy, she beg...