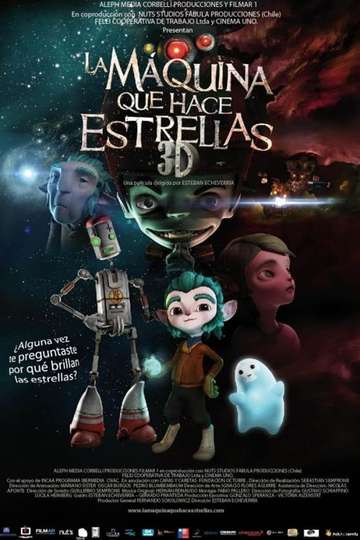 TMDb Score
41
NR 1 hr 20 min
Pilo is a 10-year-old boy who lives with his mother in a small house on an asteroid near a giant blue planet. Every night Pilo stares at the stars from his balcony. According to his grandfather, there is a machine that generates stars every night, and if one day it goes off and the stars go blue, a member of his family will be the one to repair the machine. Pilo daydreams about the legend and looks forward to the day he can join his grandpa in repairing the machine. He doesn't suspect that when it happens, he will be on his own. Pilo will experience a great adventure on his way to repairing the machine, so that the stars can go back to the ad infinitum. This trip will change him completely and for good, confronting the family destiny, becoming man and hero. An unusual blend of 3D animation and sci-fi film for the whole family.
Show More
DirectorEsteban EcheverrÃ­a
Movie DetailsWhere to Watch